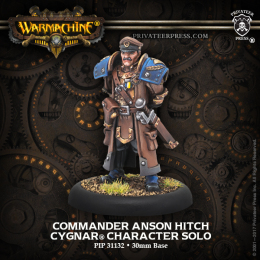 Commander Anson Hitch is a stern and uncompromising leader who has so thoroughly internalized the trencher creed that it might as well be the air he breathes. As a commander in the First Army, he has little interest in politicking or glory seeking. Hitch is a trencher, ready to join his men in the mud and intolerant of cowardice in his brigade or indecisiveness in his officers—or in himself. Soldiers under his command are expected to fight to their last breath, taking no prisoners and relinquishing no ground.