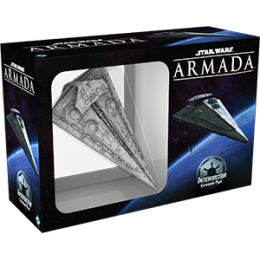 The Interdictor cruiser was designed a major part of the Empire's response to the elusive Rebel threat. Its gravity-well projectors are capable of wrenching enemy ships out from hyperspace, and its deployment along one of the galaxy’s hyperspace lanes can spell doom for unsuspecting Rebel captains.